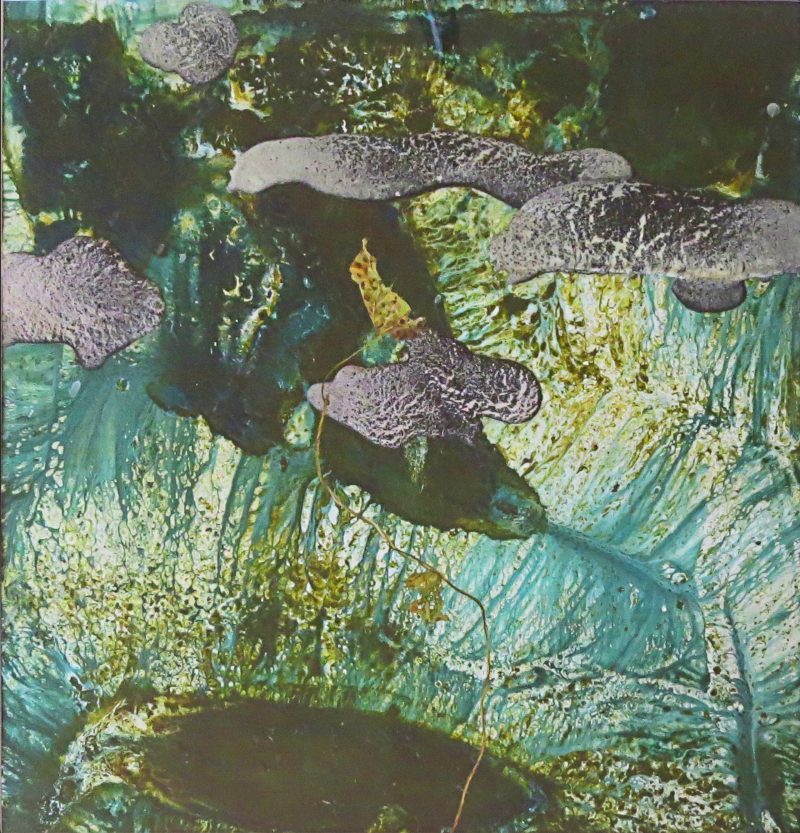 “No matter which side of the Atlantic he’s on, Porter begins his work by taking walks, taking pictures and collecting shells and rocks on beaches. His actual art is all made in the studio. Unlike artists who believe that landscapes must be derived from sketches made in nature, Porter achieves his freshness through the camera, which to him is a way of gathering neutral information, an impartial accuracy no sketch can match. Back in his studio the photographs become a vocabulary he translates into astonishingly complex images. Translucent veils hover in the foreground, allowing your eye to penetrate into the depths, where there are collage elements: rocks upstaging or interrupting one another, as they might in a cubist painting. And, like abstract expressionist master Jackson Pollock, Porter liberates his work from the easel, putting his paper or canvas flat on the floor to maximize his physical freedom in relation to the rectangle. He also uses a buildup of acrylic medium to create a subtle relief on the surface. He doesn’t like the character of canvas and aims to obliterate its weave so you’re aware only of what’s on top of it. If he could paint the air, he probably would.”